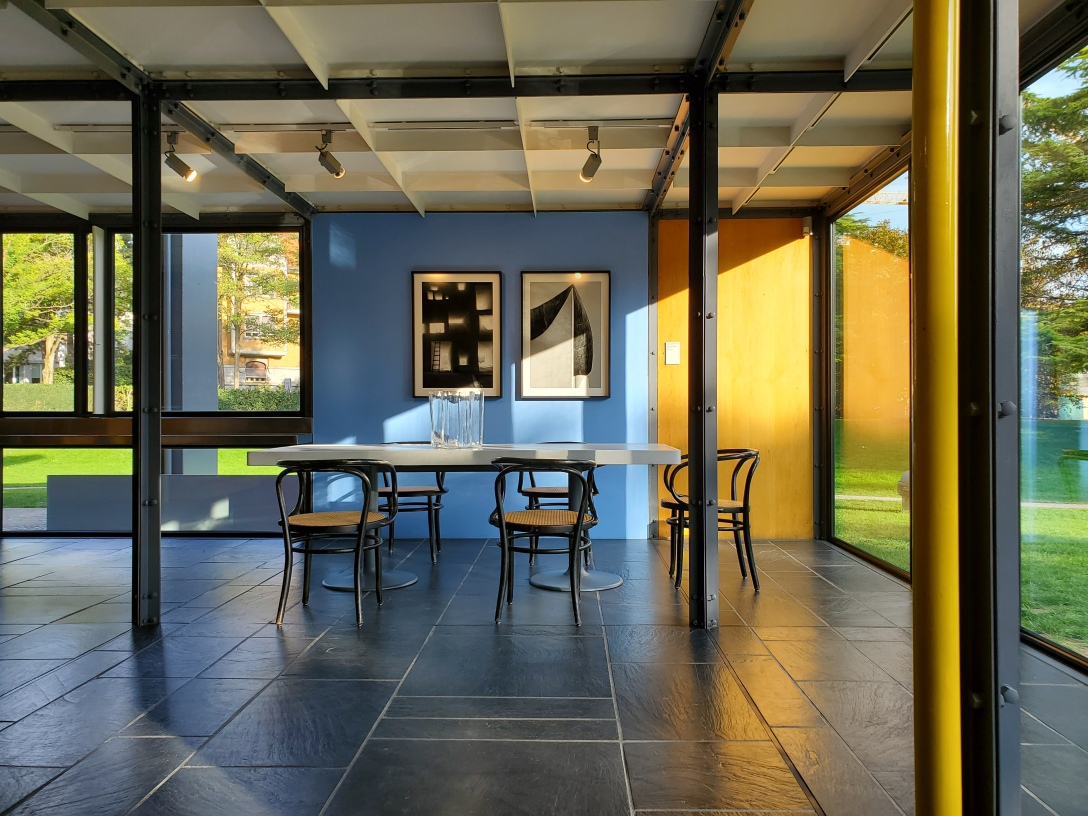 Charlotte Perriand’s contributions to Architecture & Design have not received the attention they deserve. Several books have been written about her, including her autobiography, but her story is still not well known. Neither are the stories of many of her contemporaries who also carved out a place in the design professions at a time when women’s work was viewed as “le blah blah blah”, to quote Le Corbusier himself.

Charlotte is mostly known for her furniture designs, created while working in Le Corbusier’s studio alongside himself and Pierre Jeanneret. She was responsible for the entire furniture output of the atelier from 1927 to 1937, often making the prototypes as well. But there is so much more to her long creative career: she continued to design and work well into her 90’s.

It was Charlotte’s work that I was thinking of when I visited the Le Corbusier Pavilion in Zurich last year. Originally designed for and named after interior designer and gallery owner Heidi Weber, the structure is located in a park on the shore of Lake Zurich. It was restored and reopened about a year ago, just a few months before our visit. It is a museum dedicated to Le Corbusier but prominently features some of Charlotte’s furniture from that decade in his atelier.

Take a look at Les Arcs Ski Resort if you want to see Charlotte’s architectural work at its peak.

I learned more about Charlotte and her work from the film, Charlotte Perriand: Pioneer in the Art of Living, than I ever learned in Architecture school. The film was screened online in June by the Architecture & Design Film Festival. I wish I had known her story when I saw the Pavilion. I also wish I could have gone to Paris on that same trip to see the retrospective exhibition at the Fondation Louis Vuitton!

In her 1998 autobiography, A Life of Creation, Charlotte wrote:

“Everything changes so quickly, and what is state of the art one moment won’t be the next. Adaptation has to be ongoing – we have to know and accept this. These are transient times.”

Indeed, they still are.

#spinginbuffalo #lilac
The last blooms from our old #lilac, probably planted by the last owner of our house - a gardener and photographer - about 30-40 years ago. It came down today, and will be replaced by a new one. I love lilacs, almost as much as I love #irises. One reminds me of #spinginhalifax, the other of #springinnewfoundland.
#GreatNorthern, reflected. #historicbuildings #historicsilos #grainsilo #whereitallbegan #BuffaloNY
#BeyondSustainability at #thetrellis #SiloCity #sustainability #resilience #climateadaptation #COTE @ubuffaloarchplan @aiabuffalowny
@aiabuffalowny #COTE is excited about our first in-person event TOMORROW (Sat., April 30th), Under the Trellis at #SiloCity: #BeyondSustainability book launch & panel discussion at 1pm.
The #Newfoundland branch office is up and running for the next week #remotework #zoomismyfriend #architecting
I love finding old stuff in #oldbuildings #heating #hvac #sitevisits #vintageventilation #architecting
So great to be back in a print shop again! How fun to try #screenprinting for the first time. Thank you @wnybookartscenter and @aiabuffalowny! #architectsnightout #creativelycurious
Good morning #BuffaloNY #sitevisit #sunnyday #viewfromCityHall